Purpose: To localize the functional cortices enrolled during abstract picture recognition task that might be a baseline study to provide Thais standard paradigm for future research.

Gottlieb J. From thought to action: the parietal cortex as a bridge between perception, action and cognition. Neuron 2007;53:9-16. Disclosure Forms and Copyright Agreements
All authors listed on the manuscript must complete both the electronic copyright agreement. (in the case of acceptance) 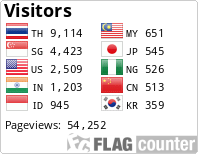